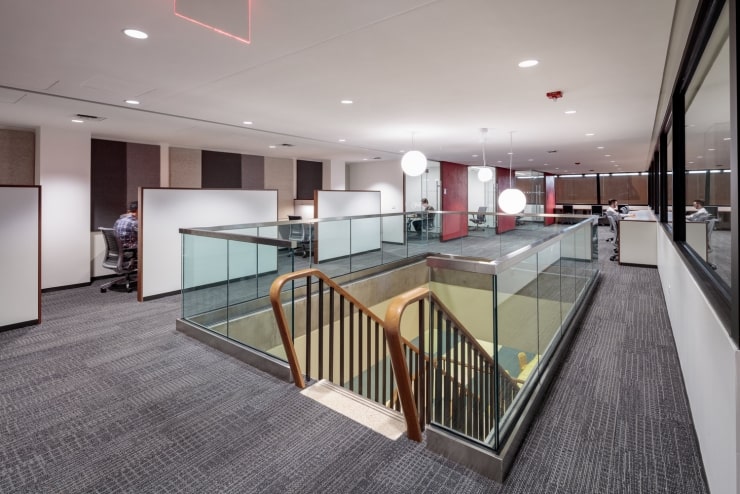 Established in 1754, Columbia University is the fifth-oldest institution of higher learning in the United States and considered one of the world’s most important centers for research. The esteemed, private Ivy League research university, often ranked among the top 10 universities in the world, has facilitated the learning and research of many scientists and scholars whose works have played an important role in the development of notable scientific fields and breakthroughs.

Columbia University thrives in its mission to establish a distinguished learning environment for undergraduate and graduate students to facilitate truly world-changing research. When Columbia University embarked upon the renovation of the Lehman Library utilized by Graduate Art and Sciences students, a major initiative of the project was to create a space that further supported the University’s research initiatives. The University sought to create a space where students could collaborate openly to expand ideas, create knowledge-sharing relationships, and advance education to the benefit of their research.

The Columbia University Graduate School of Arts & Sciences (GSAS) Writing Studio, located within the Lehman Library, was specifically designed to support art and science doctoral students who are in the process of writing their dissertation. When creating the writing space for dissertating students the project architect, Matiz Architecture & Design, understood the importance of acoustics within the design to create a space that promoted occupant wellbeing and stimulated both collaborative and individual work.

The design encloses the mezzanine to provide acoustical separation between the library and the GSAS Writing Studio, while also allowing natural light into the space through perimeter windows. To improve on speech intelligibility within the space and maximize natural light, BASWA Phon Sound Absorbing Plaster was integrated into the studio’s ceilings.

"
"
scroll to next project