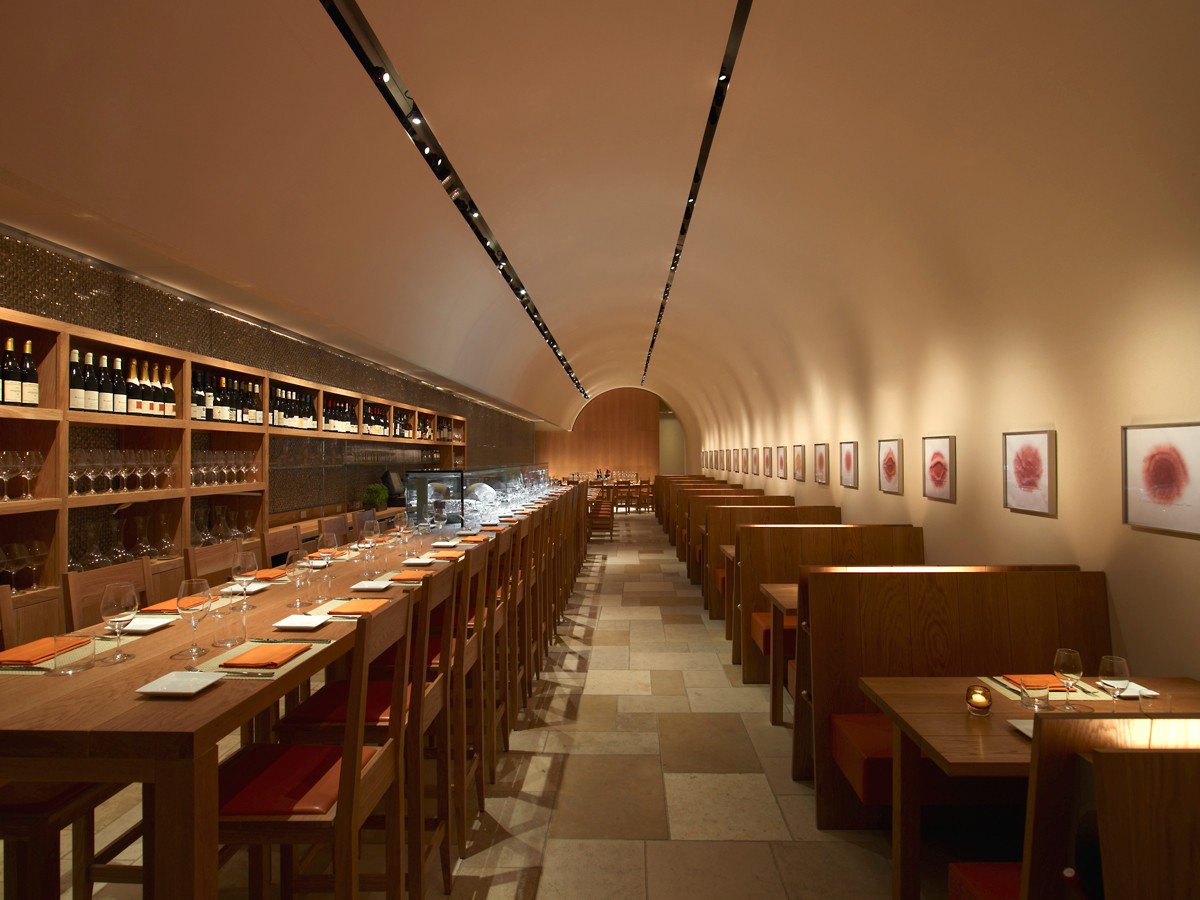 For most, dining out is a social outing, the opportunity to enjoy conversation over a satisfying meal. Unfortunately, this sought-after environment seems to be lost in the ever-growing noises of today’s urban restaurants. Incessant chatter of nearby conversation, a plethora of hard surfaces for noise to bounce off of, and the art of an open kitchen have all attributed to the amplification of noise in what once was an intimate setting. The decipherable conversation that we all seek is placed on the back burner (pun intended) to restaurant aesthetics. A recent Zagat Dining Trends Survey ranked noise in a restaurant as a patron’s top complaint. Restaurant noise has taken such a large priority to restaurant goers that many known reviewers now rank restaurant loudness as a factor in their ratings.

After years of patron’s struggling through trying to understand restaurant conversation, restaurateurs are finally taking the steps to fix the issue of noise in restaurants. With new specialized technologies, restaurants are being given the chance to create an intimate environment with audible dialogue shared between patrons. The expansion of our knowledge of acoustics, are now causing restaurateurs to make acoustics a priority in the building process by analyzing the soundscape from the beginning of the creation process.

Acoustic panels and sound buffers are nothing new, but designers are now taking a scientific approach to acoustical issues without having to sacrifice design. Using BASWA Phon, designers are now able to make sound more intelligible without losing the background sound that makes a restaurant seem alive. BASWA Phon sound absorbing plaster literally acts like a sponge to soak up noise, and shorten reverberation time, thereby making good noise (such as conversation) more intelligible, and bad noise (such as plates clattering) less present in a space. When considering acoustics, sound intelligibility isn’t the only thing to consider, excessive noise in a space has also been linked to the following:

Through the implementation of BASWA Phon sound absorbing plaster in the beginning of the restaurant creation process restauranteurs can create an ambient space filled with “good noise” for their patrons, and an overall safer environment for patrons and employees alike.